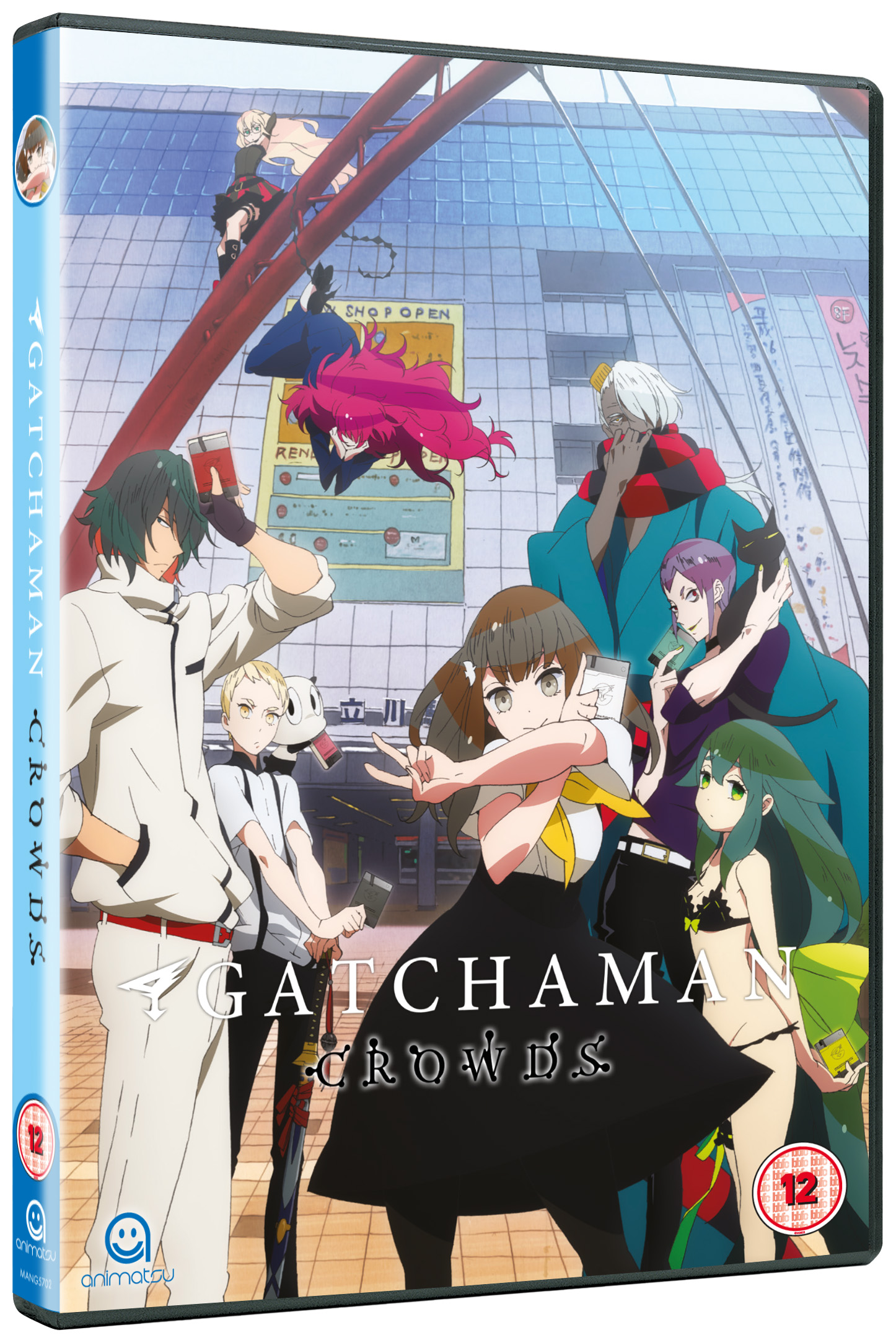 
Activated by JJ, the watcher over the Earth, the Gatchaman fighting force are a formidable match for their foe as they protect those humans from the shadows. In the previous season, the evil Berg-Katze tried to destroy the humans in Japan, but the Gatchaman managed to get everyone playing Crowds to prevent that - since then, everything seemed fine, but evil always gets a second chance.

Read more »
Posted by sandrareviewer at 07:01 Links to this post

For fans of both series, Arrow and Flash crossovers are essential as who wouldn't want to see two, or sometimes three characters act as opposites in their respective series work together to solve a crime or take out a major foe.

Read more »
Posted by sandrareviewer at 16:02 Links to this post

BOOK REVIEW: BLACKLIST - THE DEAD RING NO. 166 BY JON MCGORAN

Blacklist: The Beekeeper No. 159 was the first tie-in novel from Titan, now Blacklist: The Dead Ring No. 166 is Jon McGoran's new original novel based on the hit TV series. Currently on Sky in its fourth season starring Stargate actor James Spader as Raymond Reddington and Elizabeth Keen.

Read more »
Posted by sandrareviewer at 16:01 Links to this post

If like me you enjoy watching TV series like CSI Miami, NCIS is another staple of night-time viewing and has since branched out to New Orleans with Scott Bakula (Quantum Leap), Lucas Black (NCIS), and CCH Pounder (The Shield).

Read more »
Posted by sandrareviewer at 15:59 Links to this post


For those who like to read short stories based on their favourite alien horror/sci-fi genre, this is more of what you want with the Aliens franchise getting stronger with every day we get closer to the new movie being on screen at the cinema.

Aliens: Bug Hunt's stories tie in with Alien: Covenant which is to be released in a couple of months time. Jonathan Maberry is a multiple Bram Stoker Award winning author who has brought us Ghost Road Blues, the NYT and Patient Zero. As editor this time around, Maberry has got together some of the best writers who could bring out the sheer horror of the Alien films as we remember them. Here are eighteen stories as an exclusive to Titan Books where the Colonial Marines are fighting against the Alien threat.

To get us into the Aliens mood, Maberry gives us a nice introduction to the stories while telling us his recollection of what it was like for him and his friend seeing Alien then Aliens for the first time. Maberry even has one of his own stories in this collection; Deep Black. A few names might be recognisable to regular readers of Titan Books fiction, film and tv tie-in novels; Tim Lebbon's Spite has a Colonial Marine unit investigate why the colony on Weller's World has gone quiet. What the unit don't know is that the humans have somehow been burned to death. Dan Abnett is famous for his Warhammer novels for the Black Library and in Reaper, his tale is of marines being dropped off the Montoro to LV-KR 115. Here Reaper has a double meaning as this is more to do with how the agriculture on this planet has changed and not in a good way. James A Moore known for his novel Alien: Sea of Sorrows pens Distressed where the Colonial Marines are on their way to some well earned r&r when they get a distress call from the Shiname Maru.

Moore sets the atmosphere for disaster as the marines go further into the alien mayhem. Christopher Golden author of Alien:River of Pain has written a different kind of story with Blowback. Blowback is a shorter story than I expected, but its shortness only makes it seem faster and more of a thrill ride than some of the stories featured in this anthology. Other stories by Scott Sigler, Larry Corriera, David Farland and Heather Graham have the ability to scare you out of your wits and tie in well with the Aliens universe we have come to know and enjoy.